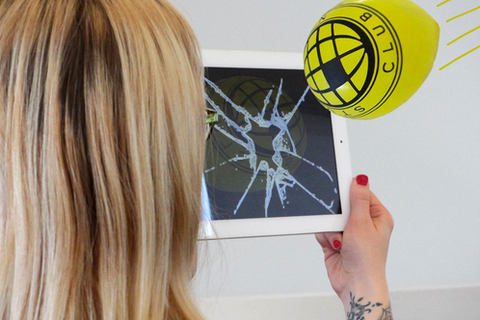 Live the Game: A Lifestyle with a Gaming Sense

The SXSW schedule stated that this talk was going to “explore the cross pollination of games with life” and discuss “how the next generation of mobile local social games and lifestyle apps will create opportunities to experience new dimensions of life, and lifestyles with a gaming sense”. That isn’t really what I got from it, but I think I was either a little distracted or perhaps the session was a bit incoherent, especially the second half that involved flinging water balloons at iPads using a trebuchet. Never did get why that was happening.

The talk was by Peter Swearengen and Tish Shute of Stupid Fun Club Inc. This three year old start-up is the brainchild of Will Wright, creator of SimCity, The Sims and Spore. It’s not easy to figure this out from their terrifically annoying website, but they seem to be doing something with robots that operates across different platforms including the web. And possibly some other stuff. It’s not really clear what, exactly, but there is a little more detail in these interviews with Will Wright from Wired and CNET.

They discussed the huge power of creativity, not just in terms of what it can create but because it is sticky and because it is its own intrinsic reward. They used the example of Spore, which saw millions making their own creatures. This included the creation of 13 million penises in just two weeks, suggesting, depending on your point of view, that not all creativity is necessarily positive.

The highlight of the talk for me though was finding out about Storymaker, a collaboration between Will Wright, ex-Nickelodeon president Albie Hecht, and Current TV. This tool allows a community to create a story together, in this case a TV series call Bar Karma. The series appears to be no longer available on Current, but there are some more details on its Wikipedia page and a few pages on Current that still have related content. This article on hacktext talks about the Storymaker tool in more detail and this interview with Will Wright and others about the project gives a little more insight into the ideas and inspiration behind it. It does sound like a great idea, but from the very critical IMDB boards for the series it seems like the end show wasn’t that well received. It would be interesting to see a more in depth evaluation of how Bar Karma worked, how many people got involved and so on.

Next up for the company, they said, was storytelling the ambient environment: encouraging people to re-explore the places where they live. And then they set up a trebuchet and used it to chuck full water balloons at an iPad which had a sucker mounted handle to allow the user to try and catch the water balloon with the device. Audience members volunteered to have a go, donned some nominal protective gear, grabbed the iPad by the handle and tried to “catch” the balloon on the screen. A direct hit/catch caused the app to make a breaking sound and bring up an image that made it appear that the screen had been shattered.

Sadly, the audience found it too easy, no water was spilled and the demo was pretty underwhelming considering all the faff it required to set up. It would have been more interesting to get a better picture of what they were up to as a company and what the ideas behind it were, but I guess I’ll just have to wait and see what they actually do next.

“Here I am, then, an ancient and wizened denizen of Internetland, propping up the bar at the dingy and dubious local pub, spinning stories of the web old and new for anyone who’ll buy me a drink. It will be eclectic, and it will be sporadic.”